President Joe Biden issued a statement on Hall of Famer and civil rights champion Hank Aaron, who passed away at age 86 on Friday.

Following the passing of baseball legend and civil rights icon Hank Aaron, those around the sports world offered their outpouring of support and remembrances of the singular Hammerin' Hank.

On Friday evening, President Joe Biden joined in paying tribute to Aaron, releasing a statement in which he called the longtime home run king "an American hero."

“When I watched Henry Aaron play baseball, I knew I was watching someone special," Biden wrote. "It wasn’t just about watching a gifted athlete master his craft on the way to a Hall of Fame career as one of the greatest to ever play the game. It was that each time Henry Aaron rounded the bases, he wasn’t just chasing a record, he was helping us chase a better version of ourselves.”

“With courage and dignity, he eclipsed the most hallowed record in sports while absorbing vengeance that would have broken most people," Biden wrote. "But he was unbreakable. He stemmed the vicious force of white supremacy, in death threats, hate mail, and in hardened hearts."

Aaron surpassed Babe Ruth on MLB's all-time home run list on April 8, 1974, hitting home run No. 715 in what is among the most memorable moments in baseball history. The record stood until Aug. 7, 2007, until it was surpassed by Barry Bonds.

Aaron faced racism throughout his career that escalated to tens of thousands of death threats and hate mail as his pursuit of Ruth's record persisted. He saved boxes of hate mail at his house, even as he donated the majority of his memorabilia to the National Baseball Hall of Fame and Museum years ago.

“Jill and I count ourselves among the many millions of Americans who are grateful for the memories he gave us and our families," Biden wrote. "As a nation, we will still chase the better version of ourselves that he set for us. As we do, we mourn his passing and send our prayers to his beloved Billye, their children and grandchildren, and the entire Aaron family. God bless, Henry ‘Hank’ Aaron, an American hero.”

More Hank Aaron Stories From the SI Vault and SI.com:

• Henry Aaron May Be Getting Older, but He's Still Terrorizing Every Pitcher He Faces - Jack Mann, 1966

• Henry Aaron Gracefully Endured the Pressure of the Chase for 715 - Ron Fimrite, 1974

• Despite Losing the Home Run Record, Hank Aaron Will Always Be "The People's King" - Tom Verducci, 2007

• Where Are They Now: The People Behind Hank Aaron's Record 715th Home Run - Stephanie Apstein, 2014 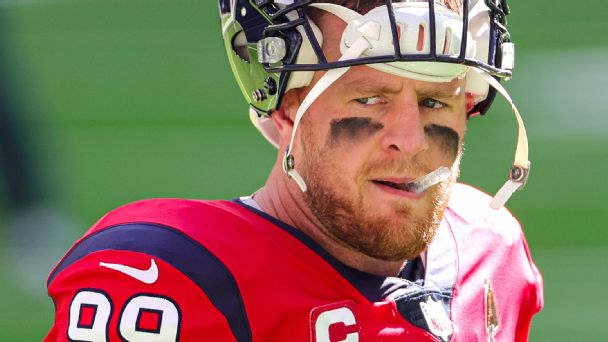 How J.J. Watt can get better by pairing with Cardinals' Chandler Jones

USMNT to Face Jamaica in Austria in First March Friendly