Bo Schembechler Was a Flawed Man, Not Hero, of His Time

Michigan's winningest football coach was one of many sports figures hailed as larger than life. His son has helped us see he's just another man, as they all are.

They sat in a ballroom at the Sheraton in Novi, Mich. on Thursday and talked about how a doctor they trusted had destroyed their lives.

Gilvanni Johnson, a University of Michigan running back from 1982 to 1986, was shaking as he talked about the football team’s doctor, Robert Anderson, sexually assaulting him during exams. Daniel Kwiatkowski, an offensive lineman from 1977 to 1979, went into graphic detail about Anderson digitally penetrating his anus. Johnson said, “I have trust issues, relationship issues, and intimacy issues.” Kwiatkowski said, “I have avoided doctors ever since that time, jeopardizing my own health, and have found it very hard to have intimate relationships with women.”

Johnson and Kwiatkowski are among hundreds of likely victims of Anderson. Their stories are powerful and heartbreaking—and unlikely to be the headline on any story about this press conference.

Matt Schembechler, legendary coach Bo Schembechler’s son, said he was molested at age 10 by Anderson in 1969, told both his parents, and nobody did anything. 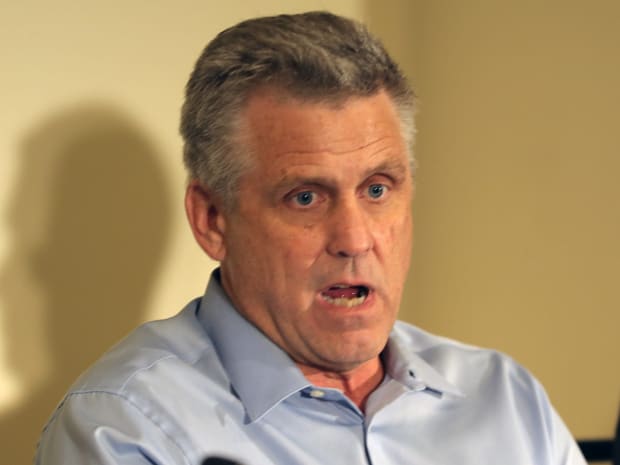 Matt’s appearance was hard to watch, too. He has led an uneven life, and he has bounced back and forth from trying to benefit from his family’s name to rebelling against it. He started a company called Schembechler Enterprises that sold caskets with the themes of Big Ten schools. He worked for another company selling sections of grass football fields to eager fans. ("This is an actual piece of history," Matt said at the time.) He also sued his father, Michigan, and school officials for $500,000 after he claimed they reneged on a deal to allow him to make souvenirs from discarded stadium bleachers. That suit was dismissed.

This time, he said that when he told Bo and his mom, Millie, about Anderson's abuse, Bo replied, “I don’t want to hear this,” and punched Matt in the chest. Matt says the only other person he told was his brother Chip.

Bo, Millie and Chip are all dead. As far as I can tell, every other known victim of Anderson was college-aged. The university started investigating Anderson three years ago, and attorneys have been asking survivors to contact them for almost that long. I asked the three attorneys present if one other person has come forward to say Anderson sexually assaulted them when they were preteens. They were not aware of one.

Another of Schembechler’s sons, Shemy, who reveres Bo and named his only child after him, tweeted Thursday, “I love my brother Matt and I pray for him often.” Matt deserves that level of empathy. But it is also fair to greet his story with some skepticism. And his father, one of the most admired American coaches of the 20th century, should receive serious, honest and fair scrutiny.

In 2005, I sat in Bo Schembechler’s office to talk about a book I wanted to write. I did not ask much of him—a few conversations, I hoped, over the course of a couple of years as I reported the book. I had no interest in a hagiography or authorized biography, and I figured that, since he had been retired for 15 years by that point, he had already told most of the stories he wanted to tell, anyway. I wanted to place Schembechler and his rival and mentor, Ohio State’s Woody Hayes, in the context of the turbulent decade when they faced each other, from 1969 to 1978: Two men trying to instill militaristic discipline and respect for authority at a time when campuses were increasingly skeptical of both.

SI Vault: Woody Hayes Was an Apostle of Primal Struggle

I knew Schembechler but not well. I just wanted him to know that I was working on this, his friends would probably tell him I called, and I hoped he would not try to block the project. He agreed he would not.

That book, “War As They Knew It: Woody Hayes, Bo Schembechler, and America in a Time of Unrest” was published in 2008, almost two years after Schembechler died. It is not for me to say whether I succeeded, but I stand by the attempt to portray them as they were, in the context of their era.

Bo Schembechler was a man of his time. That time was not just the 1970s or 80s, when most of these alleged assaults took place. He was shaped by the 1930s and 1940s, when he grew up in the small town of Barberton, Ohio.

The entirety of Schembechler’s career needs to be seen in that context. He was trying to apply the values and beliefs of his childhood in a country that was changing. He watched as Hayes failed to adjust, and it ultimately cost Hayes his career. Schembechler adapted without losing his team or his identity. But he was still a man of that time.

He was charismatic, stubborn, brilliant, charming, overbearing and hyper-organized; a motivational genius, an adept but hyper-conservative tactician, and a sore loser; a man who loved his players but took pride in treating them better after they left than when they played for him; a coach who preached no excuses, no complaints, no lies, and as little star treatment as he could get away with; and a firm conservative whose worst impulses were considered sexist then and look much worse now.

Some thought he was a boorish autocrat. Others still say playing for him was the best thing that ever happened to them. Schembechler was nobody’s idea of a progressive—he would probably laugh at that phrase—and this was in the 1980s, when pot looked like it would be illegal forever, gay marriage was barely discussed, “social justice” was not a national conversation topic, and college football coaches did not spend 10 seconds of the year talking about their players’ “mental health.”

If Schembechler’s players were in severe pain, they were expected to play.

If Schembechler walked into a team meeting and every player in there was scared to death of him, he was pleased. Friendship with his players could—and often did—come later. He wanted them terrified that if they did anything wrong, he would find out. 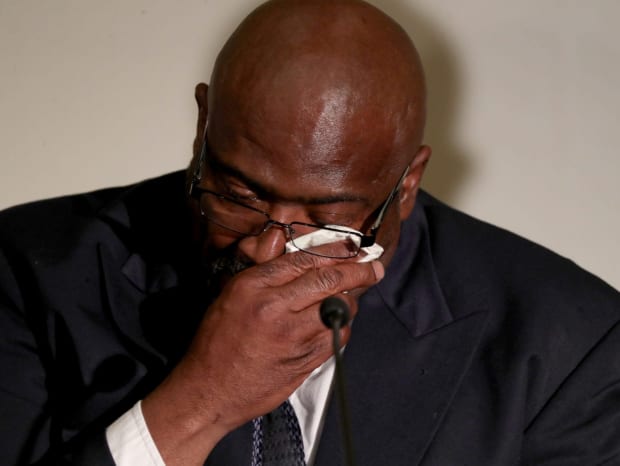 I have talked to a number of Michigan football players from that era about Dr. Robert Anderson and the pain he caused. I feel comfortable saying that many players joked at the time about his invasive exams and others didn’t realize they were criminal acts until much later. One former player, who told me he was assaulted by Anderson, says he did not know of any of his contemporaries who said anything to Schembechler. They feared complaining to the coach about anything, especially anything that might have made Schembechler (wrongly) question their toughness.

And yet, Johnson and Kwiatkowski say they did complain at the time, and as the Detroit News and Free Press have reported, there is evidence that complaints about Anderson reached the university administration. It also seems likely that, when some players did complain, they did not all go into great detail about what had happened. This story is still being pieced together. We will probably never know exactly how much Schembechler and his boss, athletic director Don Canham, knew.

Schembechler is not alive to speak for himself. One of his best players, current Michigan coach Jim Harbaugh, spoke of his own experience with Schembechler recently: “There's nothing that ever was swept under the rug or ignored. He addressed everything in a timely fashion. That's the Bo Schembechler that I knew.” There are 1,000 stories to support that description of Schembechler, and that is why a lot of people can’t imagine him ignoring a travesty of this magnitude.

Well, this is what they miss: Schembechler would address everything in a timely fashion if it was important to him and he thought it needed to be addressed. Should he have addressed player complaints about being assaulted in a medical exam? Of course! Is it possible that Schembechler did not see it that way and told his players to toughen up? Yes. Yes, it is. I would argue it is not just possible but would be in line with his other actions.

This has been framed as a simple issue of integrity, and in 2021 it would be. Society has advanced. But these allegations occurred in a different time, and Bo Schembechler’s values system was formed almost a century ago. This is not, in any way, a defense of that system or his lack of action. It’s an attempt to understand how the Bo Schembechler that many of his players revered might have failed many of them so fundamentally. 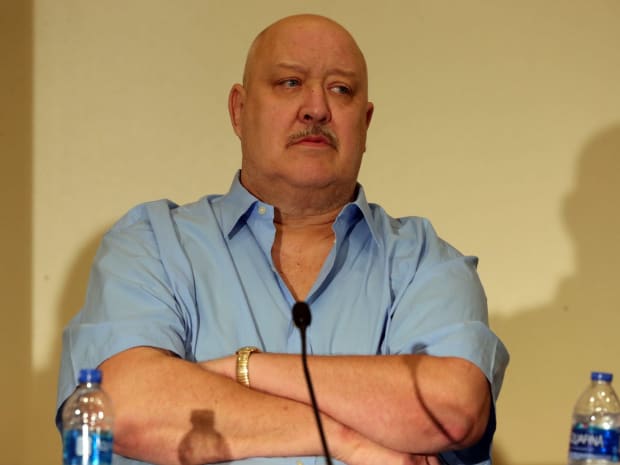 Jim Toy, perhaps the most important gay activist in the university’s history, warned a superior in 1977 that Anderson was “fooling around with boys” at University Health Services. This is not the language we would use to warn people about Anderson today. It is also relevant that Anderson is accused of assaulting athletes on other teams, too. Through all of it, Anderson kept his job.

The historian Jon Meacham, in his wonderful book "The Soul of America: The Battle For Our Better Angels" writes about what he calls “the moral utility of history.” Essentially: What can we learn from our failures? Too often, we judge actions of the past by standards of the present, which allows us to feel better about ourselves but doesn’t really teach us anything. Eventually, future generations will adopt this attitude and apply it to ours. As Meacham writes: “What injustices are we perpetuating even now that will one day face the harshest verdicts by those who come after us?”

A civilized society evolves—not just our sense of right and wrong, but our mechanisms for dealing with them and our willingness to use those mechanisms. The Jerry Sandusky child-molestation scandal at Penn State claimed so many careers and reputations because people did not act as anybody could reasonably expect them to act. In 2001, PSU assistant coach Mike McQueary saw Sandusky sexually assaulting a 10-year-old-boy and reported it. There was an obvious contemporaneous way to handle that, and Penn State failed.

SI VAULT: This Is Penn State

There is a statue of Schembechler outside Michigan’s football offices, which are housed in a building called Schembechler Hall. The statue is both a recruiting tool and a reminder to anybody that Schembechler built the modern version of the program. We can and should debate whether the statue should stay there. The better question, to me, is why it is there in the first place.

Statues are visually appealing, even inspiring, but they attempt to summarize a person’s existence and value on Earth in a single pose with a fixed facial expression. They are, in effect, stone tweets.

Bo Schembechler was a man of his time—a proud, flawed, fiery man of his time. He was not an omniscient deity who did what was right every minute of the day. Woody Hayes complained, “We're tearing down all our heroes in America.” Maybe in sports, we have too many. 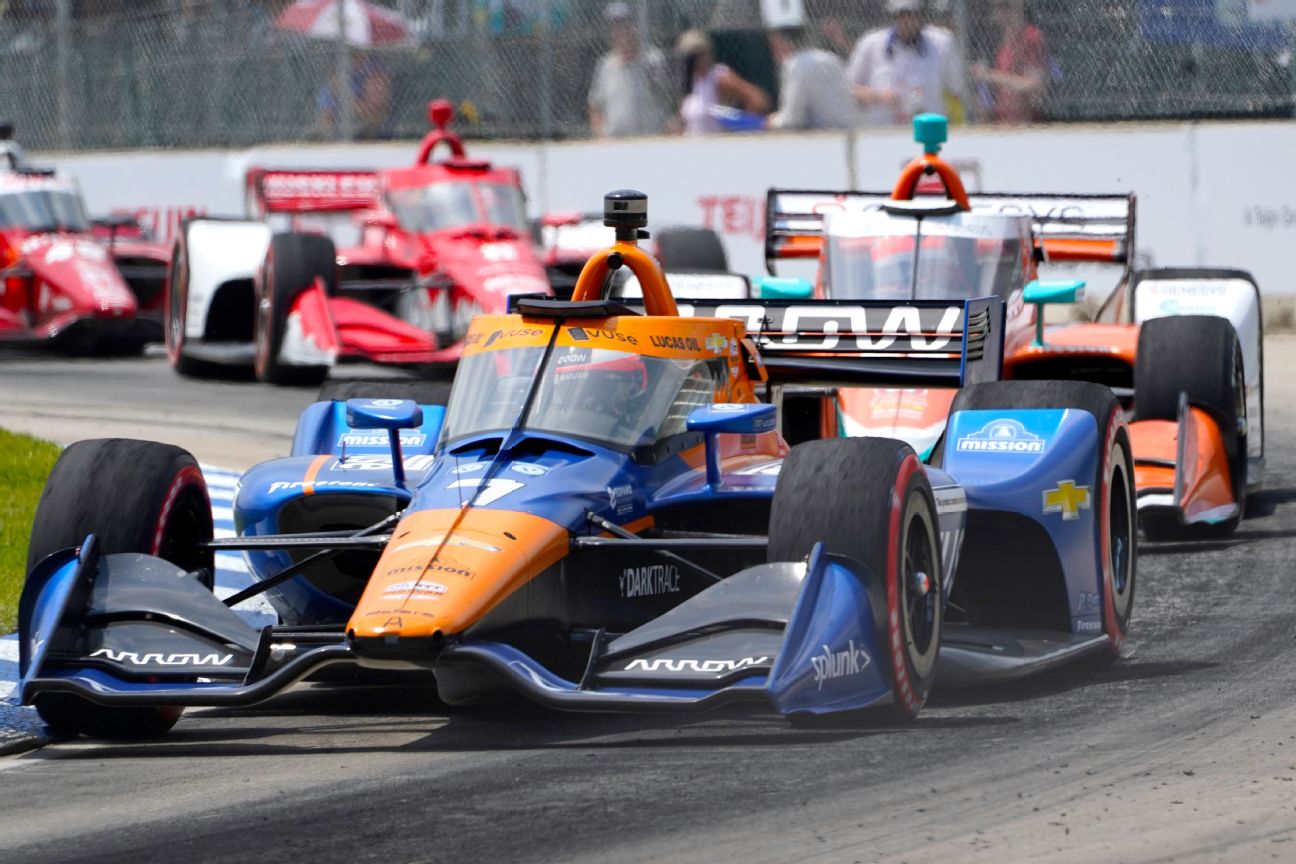 What Happens to the WNBA MVP Race as Jonquel Jones Leaves for EuroBasket? 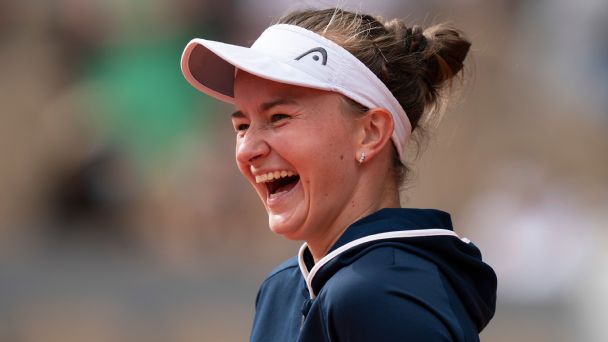 Barbora Krejcikova's shining moment is a tribute to her late coach