‘Squid Game’ Is Gleefully Vicious and Violent, but Succeeds Best in Its Mundane Moments 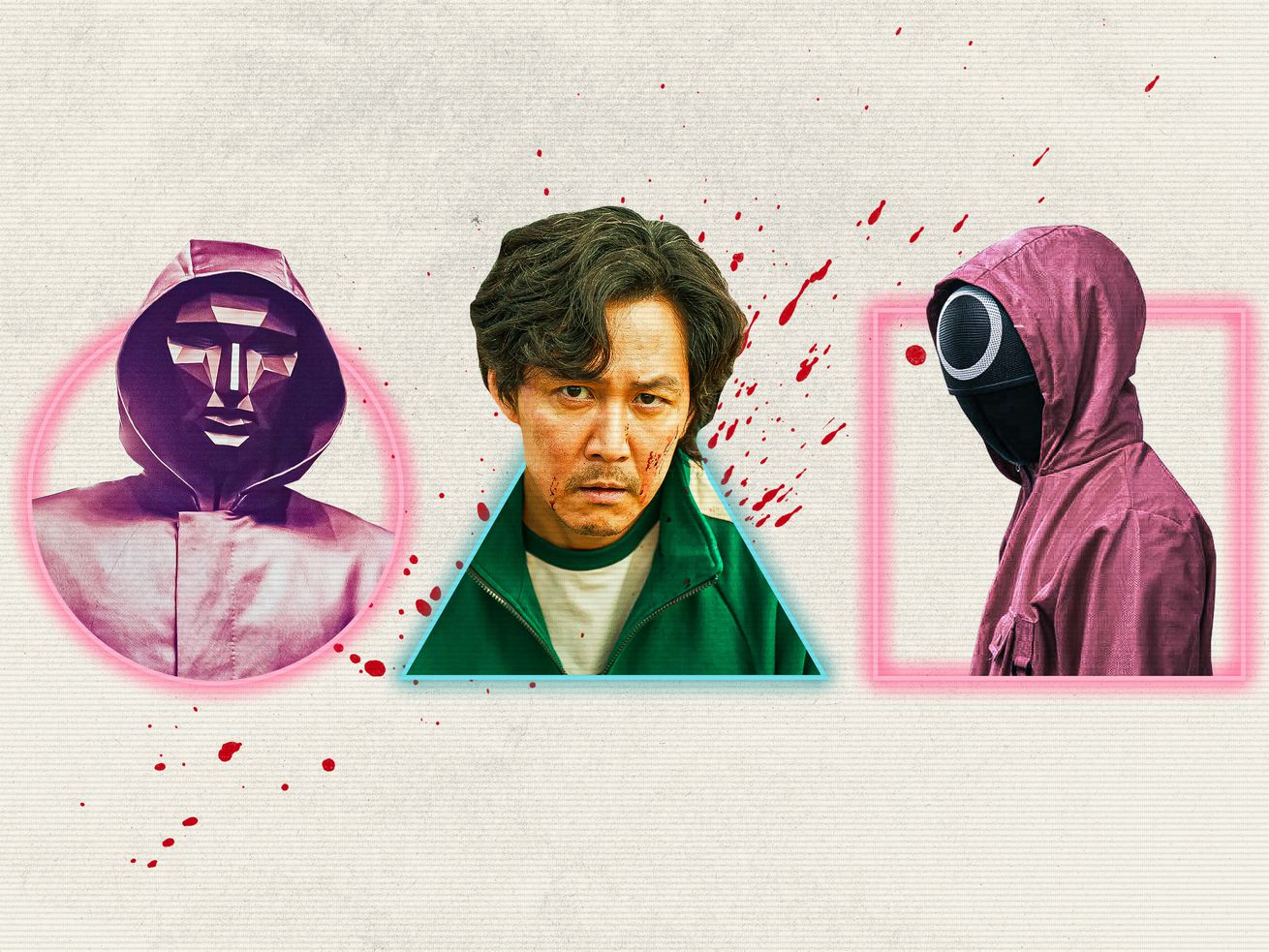 Netflix’s South Korean survival thriller never makes its action look glamorous. Its intensity comes from feeling that you’ve gone beyond the end point of a chain of absurdist logic and you really might not want to see what comes next.

Over the past 48 hours, as I gasped, stared, shrieked, hid, laughed, and sort of incoherently burbled my way through Squid Game, the astonishing new South Korean survival thriller whose nine episodes have just been released on Netflix, two famous declarations kept popping up in my mind. The first is by François Truffaut, the great director of the French New Wave. Truffaut said that there’s no such thing as an anti-war film. The second declaration is usually attributed to Fredric Jameson, the great Marxist political theorist. Jameson said that it’s easier to imagine the end of the world than to imagine the end of capitalism. Squid Game is a show in which masked soldiers in hot pink tracksuits force adults to play schoolyard games in a giant children’s playland. I binged it in three total sittings, and thought about both film theory and economic determinism a lot.

There is no way to describe the premise of Squid Game without sounding like you ate Tide Pods for breakfast. I’ll plunge in. The series, which was written and directed by Hwang Dong-hyuk, tells the story of a deadbeat dad and likely gambling addict named Seong Gi-hun. Gi-hun owes a small fortune to the bank, and another small fortune to a bookie whose gang comes around to rough him up; he lives, humiliatingly, off his elderly mother’s meager income, and resorts to stealing her ATM card for money he can bet on horse races. He has a 10-year-old daughter, and he loves her, but he doesn’t get to see her much, and when he does see her, he can’t seem to help letting her down. Gi-hun is played by the legendary star Lee Jung-jae, who imbues these early scenes with a madcap pathos as Gi-hun lurches between reckless optimism and reluctant despair.

One night, in a subway station, Gi-hun meets a strange man in a suit (Gong Yoo, another international superstar) who makes him a proposition. Let’s play ddakji, he says, referring to a game in which one player throws a folded paper at another paper belonging to the second player, trying to flip it over. If Gi-hun wins, the stranger promises to give him 100,000 won; if he loses, Gi-hun has to give the stranger the same amount or let the stranger slap him in the face. After a long and degrading scene, the stranger gives the newly red-cheeked Gi-hun a card with a phone number on it. He says: Call that number if you want to play a game for higher stakes.

I don’t want to spoil any more than I have to, but before long, Gi-hun finds himself drugged in the back of a minivan driven by a man in a gas mask. He wakes up on a mysterious island, where he discovers that he’s now Player 456, part of a group of men and women, all heavily in debt in the outside world, who have come here for the chance to earn money by playing games. They’re guarded by men in masks adorned with PlayStation-esque circles, squares, and triangles (the shapes also reflect characters in the show’s title). Soon they’re herded up a flight of blazing-pink princess-castle stairs, emerging in a bizarre field surrounded by painted sky. Here, a giant doll leads them in a Korean version of Red Light, Green Light. Players who win advance to the next round. Players who lose are shot to death.

Squid Game belongs to the growing category of recent books, movies, and TV shows that use genre elements to construct an allegorical critique of social evils. Get Out used horror to anatomize American racism; Squid Game uses the survival thriller to anatomize economic exploitation. (People will say it’s a critique of capitalism, and it is, but the story of money, power, and corruption it depicts would have been familiar in the Middle Ages.) The last surviving player on the island will leave with a fortune worth almost $40 million; this minuscule hope of riches, combined with the pressure of life-or-death competition, persuades players either to betray their true natures or to reveal their true natures, depending on how Lord of the Flies you like to go with your personal view of humanity.

Seemingly normal people become conniving and vicious. Seemingly proud people submit to extreme degradation. Gi-hun’s relationships with other players—including a childhood friend, an old man, a Pakistani immigrant, and a young North Korean pickpocket—unfold as a series of moral test cases. Can people ever trust each other when they’re forced to contend for limited resources? Can they work together? At what point do “good” people decide to betray each other? Do our affections have any meaning? If you strip away society’s comforting fictions, are people anything to one another but bodies?

The island, in other words, is an allegorical microcosm, a kind of snow-globe miniature of human relations in which the white flakes are paper money. None of this is remotely subtle. Squid Game makes Parasite, the Oscar-winning Bong Joon-ho film with which it shares its class-skewering themes, look like a Nicholson Baker novel. Hwang wants to tell us that we’re habituated to an absurd struggle from the moment we’re born—that we can’t imagine the end of capitalism because it shapes the way we think—so he shows us traumatized adults playing marbles at gunpoint. He makes sure to throw in a lot of dialogue about how the outside world is even worse. But subtlety isn’t Hwang’s aim. If the lurid color schemes and surreal set designs don’t make that clear, the flamboyant plot twists leave no doubt. This is a series that wants to dazzle, shock, and overwhelm you, not nudge you into gentle agreement. And it’s terrifically compelling, both in the sense of moment-to-moment entertainment and in the sense—and yes, I’m using this term about a show whose masked antagonist likes to unwind after a long day of slaughter by drinking a glass of scotch and watching a mechanical-puppet theater play a lounge-jazz rendition of “Fly Me to the Moon”—of moral seriousness.

Improbably, given that the series’s body count reaches well into the hundreds, it’s the moral element of Squid Game that I found most striking. I’m generally a skeptic when it comes to the popular-genre-as-political-allegory trend. I often find shows and movies like this thrilling as stories but not quite persuasive as critiques. The reason, I think, is that genre elements often can’t help but read as fun and cool, which makes them tricky to deploy as symbols of real historical or social monstrosity. If there’s no such thing as an anti-war film, it’s because cinema as a medium is so biased toward kinetic action that movies can set out to condemn war and end up unintentionally celebrating it; war is almost the most charismatic thing on the screen. In the same way, it’s hard to feel fundamentally anti-horror when you are watching a horror movie whose horror is viscerally exciting. A story like The Hunger Games might register intellectually as a metaphor for society’s mistreatment of young people, but you don’t actually want the Hunger Games to stop happening, because watching Katniss shoot her bow is more fun than watching the closing credits. (The Hunger Games is one of the obvious reference points for Squid Game, though the online nerd community will take my membership badge if I don’t point out that the Japanese film Battle Royale influenced both.) The death cult in Mad Max: Fury Road might be an overt allegory for the patriarchy, but it’s also the force that gives the movie most of its energy. And so on.

Squid Game, by contrast, never makes its action look glamorous. It’s at least as exciting as those other stories, but there’s nothing cool about watching middle-aged people play marbles; the intensity comes from feeling that you’ve gone beyond the end point of a chain of absurdist logic and you really might not want to see what comes next. Even the masked guards are depicted less as faceless supersoldiers than as downtrodden schlubs with a job to do. They have their own troubles, which we follow through a subplot involving a cop who’s infiltrated the island in search of his missing brother. Some of them are working their own side rackets. The show pays a surprising amount of attention to how its allegorical island physically operates. The most visceral fight scenes fade into shots of post-fight logistics: debris being cleared, minions sluicing blood into grates. A tense scene in which a player goes on a spy mission culminates in a glimpse of cooks making sugar cakes in an enormous kitchen. Everything here, even the murder, is labor. For all but a few gold-masked VIPs, drudgery is inescapable; you’re a drone, even if you work in the cartoon villains’ megafortress.

When you consider how common it is for even the best TV shows to become advertisements for the crimes they’re critiquing—how this has been the defining moral compromise of a whole generation of prestige television—Squid Game’s refusal to cross that line looks even more admirable. There’s no “I am the one who knocks” here, no Don Draper looking suave while acting sexist; there’s no Tony Soprano strangling a guy in a scene where you kind of know it’s wrong but also like it. I say this even as someone who does not habitually look to art for moral affirmation: I was moved by this gleefully violent show’s basic goodness. The end of the series is deliberately, and brilliantly, ambiguous. It can be read as a pessimistic denial of the hope of redemption or as a tentatively optimistic assertion that some form of meaningful virtue can exist. (It can also be read as an incitement to post fan theories on the internet, and it’s succeeding wildly on that front.) Personally, I’m inclined to side with hope; either way, the suspension of certainty is its own comment on human possibility. I don’t know if Hwang’s series is truly anti-war (or anti-wealth) in the Truffaut sense. I don’t know that Hwang has imagined the end of capitalism. I think he’s trying to imagine as much as he can, and that’s something. 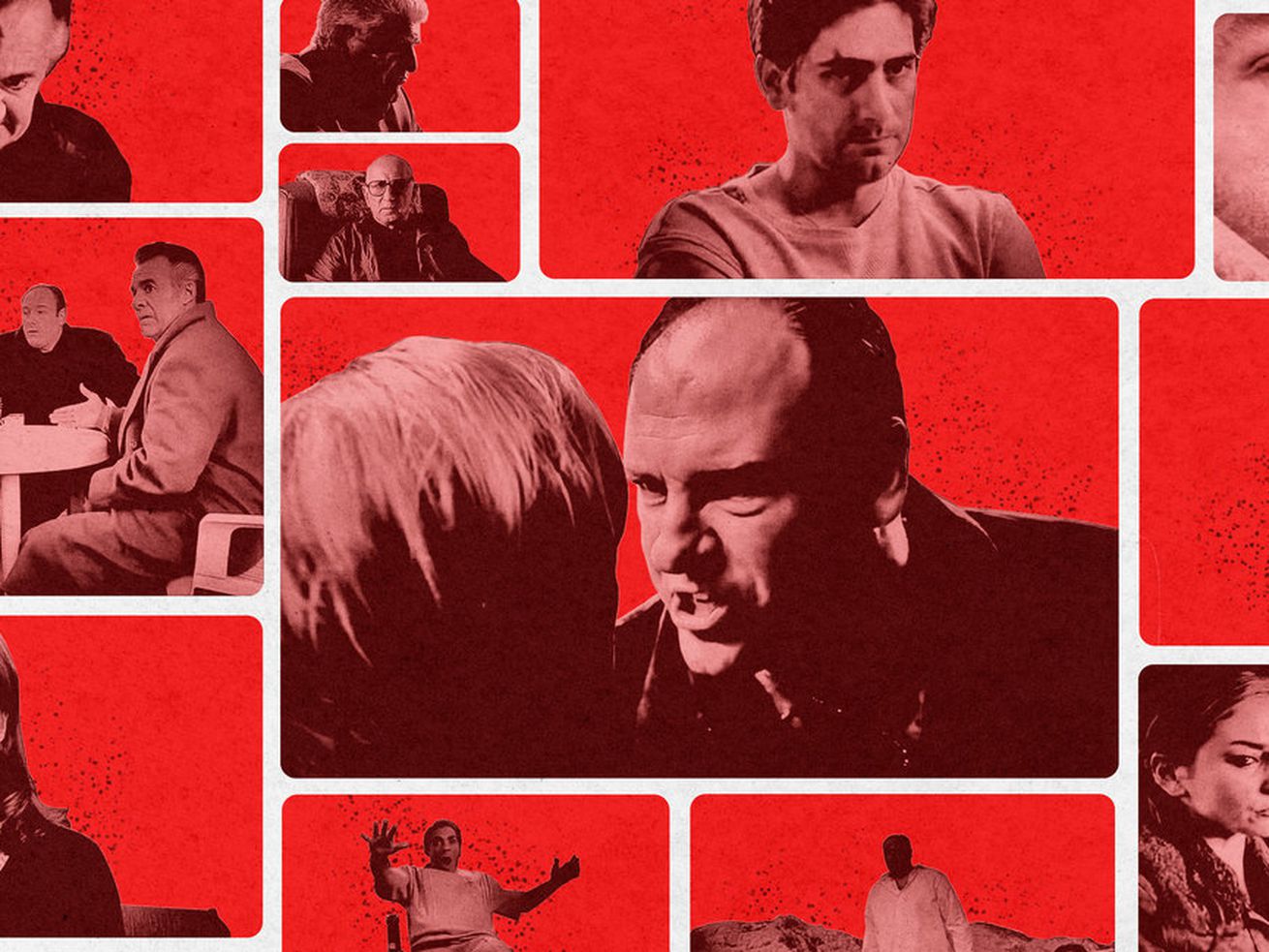 The 12 Defining Scenes of ‘The Sopranos’ 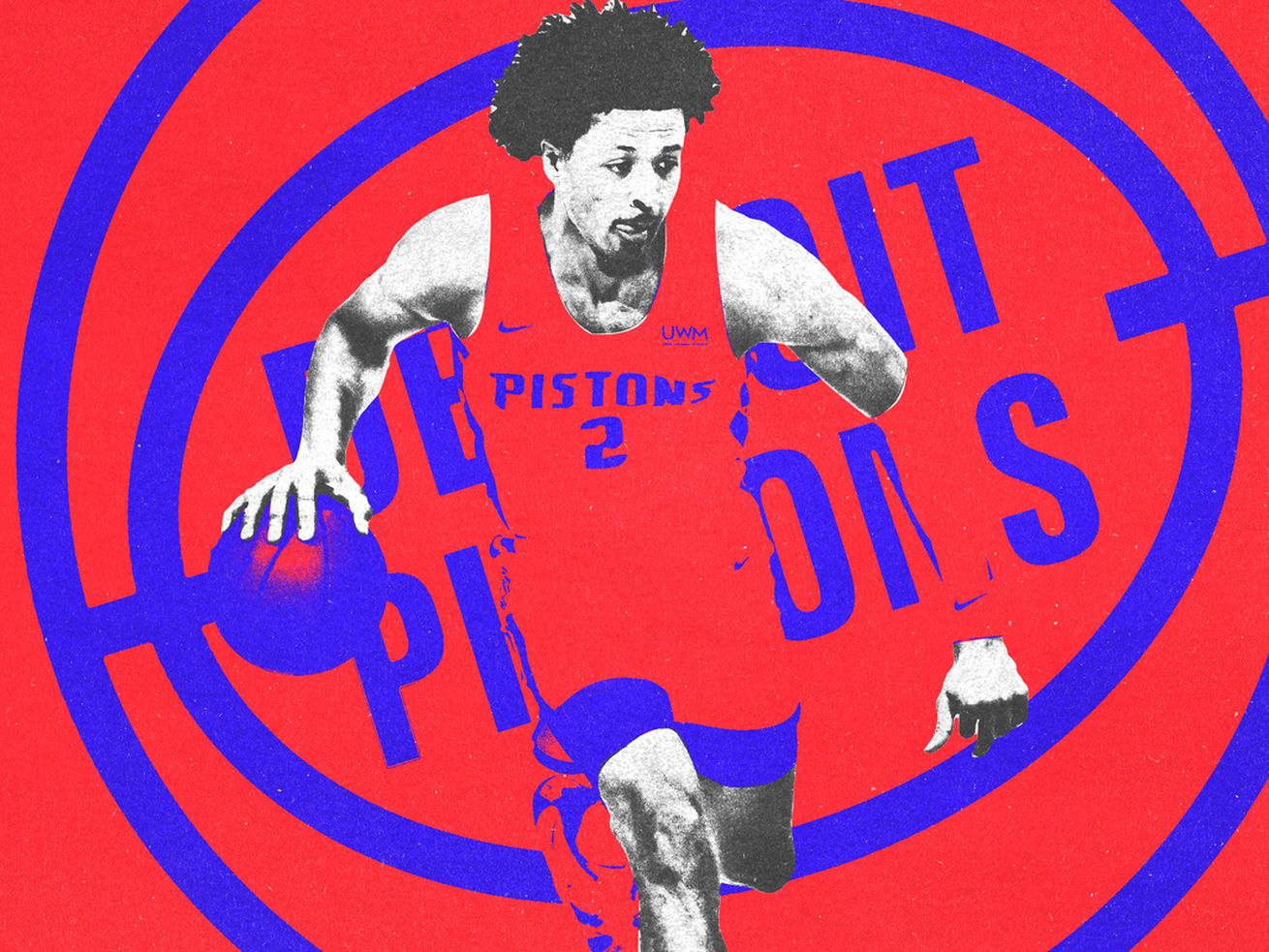 Cade Cunningham Can Fill Many Roles, but Should He? 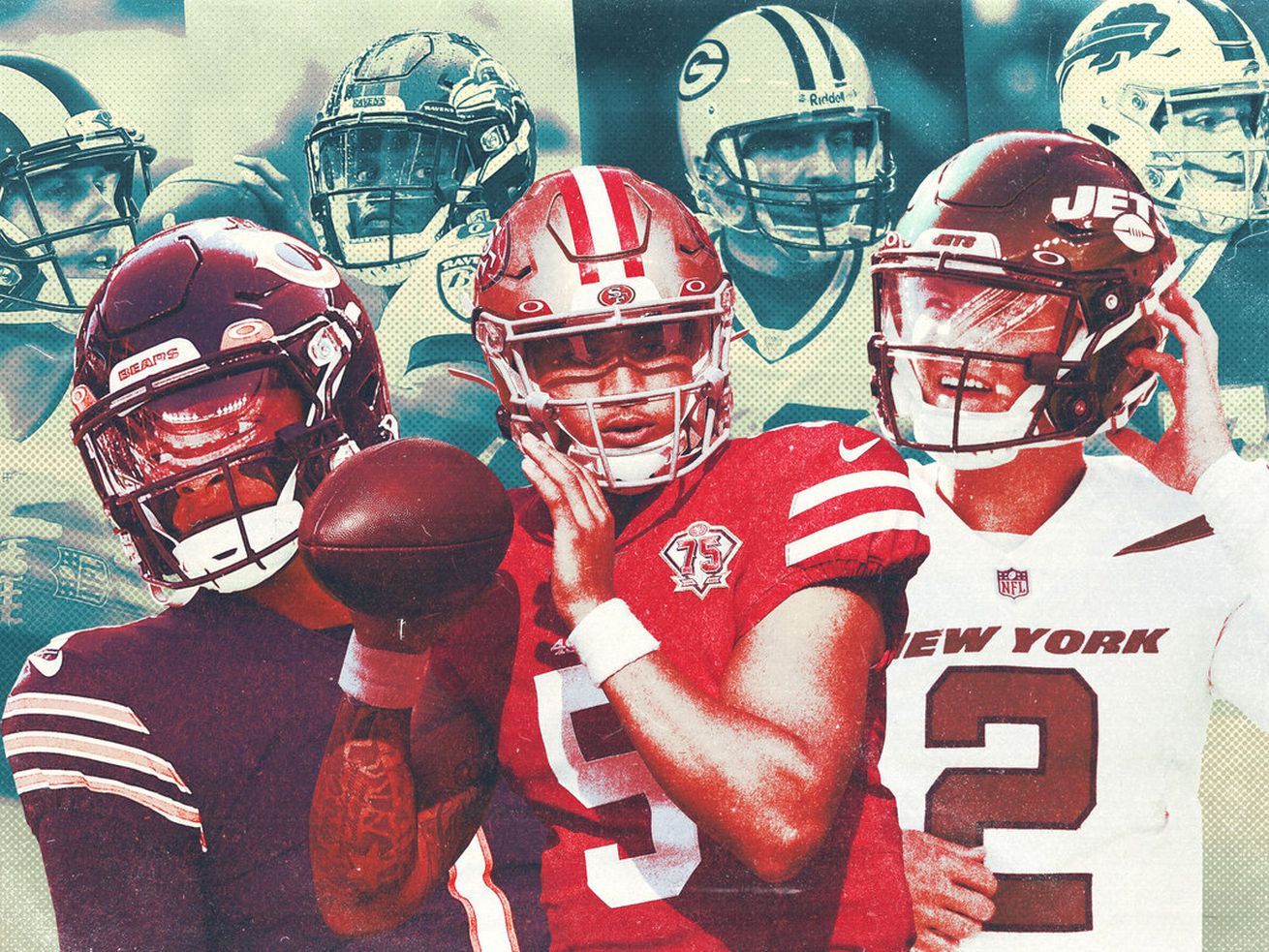